It was supposed to be a concert for the CCR Symphony Orchestra at the Cemal Reşit Rey Concert Hall in Istanbul, Turkey, but they got upstaged by an adorable cat who thinks the show is for felines, not humans! LOL.

The cute cat took centerstage, almost literally at the concert as the symphony orchestra took their respective places on stage. In the video, the cat was already waiting for everyone to come in, sitting on stage like a boss. As members of the symphony orchestra stepped on stage and went to their seats, the cat began to ‘inspect’ some of them. It first curled next to a woman, then moved to another and tapped the hem of her dress – much to the audience’s delight.

The woman bended down to touch the kitty, but it was not yet finished with the ‘inspection’. It continued to move to the other members of the symphony orchestra, checking out their instruments and looking rather intrigued by their clothes.

One of the guys tried to catch it and, perhaps, keep it at the back so it won’t disturb the performance, but the cat had other plans. It tried to bite the guy! Oooops. So, he was forced to simply let the cat go and just watch what it might do next. The conductor decided to get on with the show because the cat appears to have no plans of going away.

“Anyone allergic to cat?” he joked. But the kitty appears to have understood what he was saying. It jumped on his box! This cat really stole the show from this symphony orchestra, even from the conductor! LOL.

“Well, we will play like this, then!” the conductor conceded. 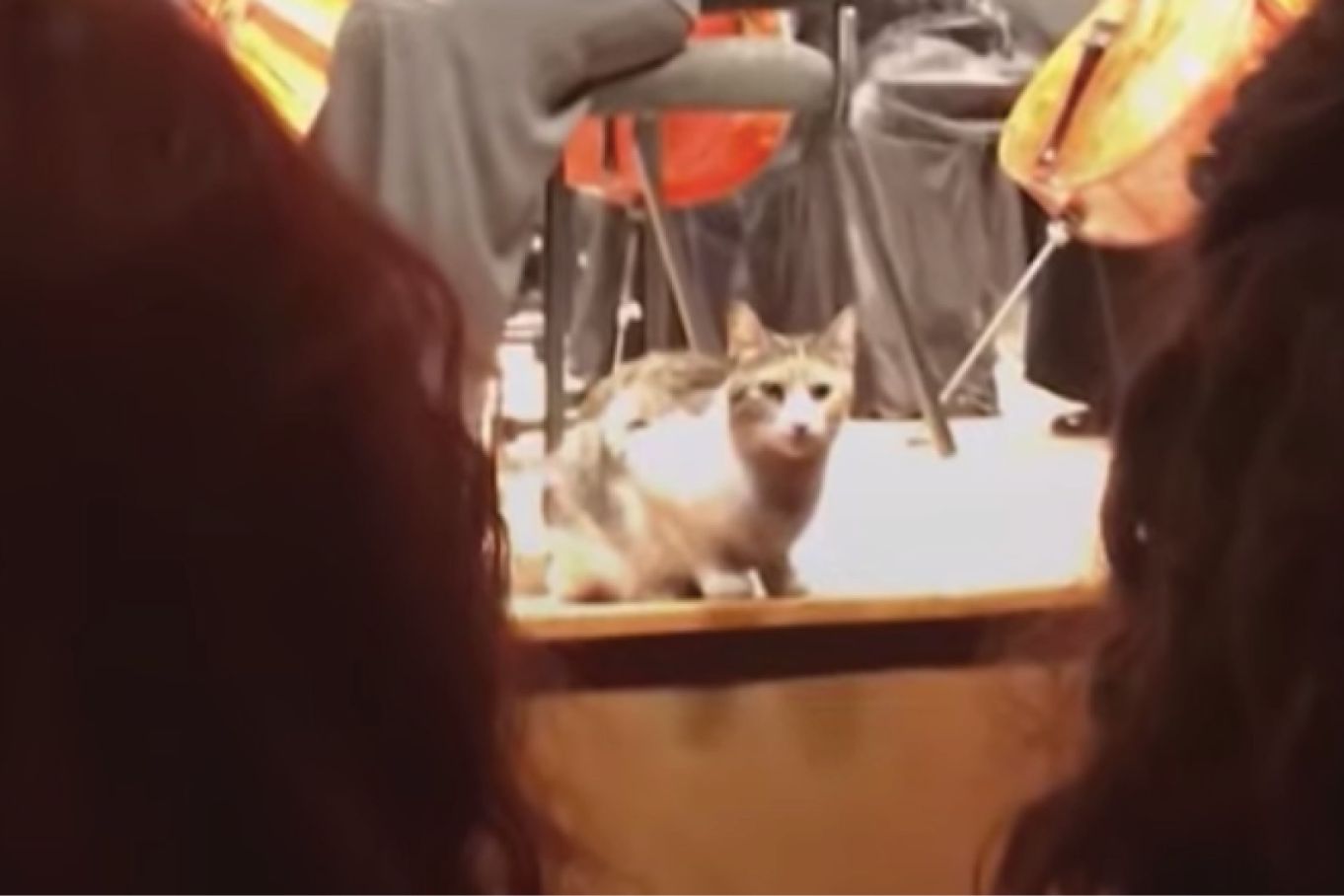 Seeing that the symphony orchestra was busy now, the cat took a spot at the edge of the stage and stared down at the audience, as if to make sure that everyone was watching intently! LOL. This cat is hilarious…

Check out the video here: