Cat Asks for Food from Kind Meat Shop Owner Who...

A cat has gone viral after it was spotted asking for food from a kind meat shop owner who actually lets him take a pick! 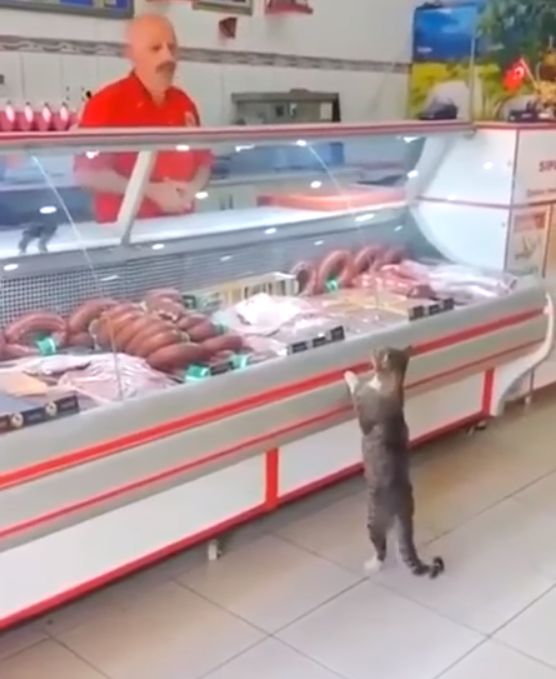 In the clip shared by Indomita Passione, the cat could be seen checking out the items on display at the meat shop. It seems that this is not the cat’s first time at the shop as the owner appears to enjoy picking out the meat that the cat might like.

The shop owner also appears to understand the cat’s movements and knew whether the cat liked the item he showed or not. Isn’t that cute? 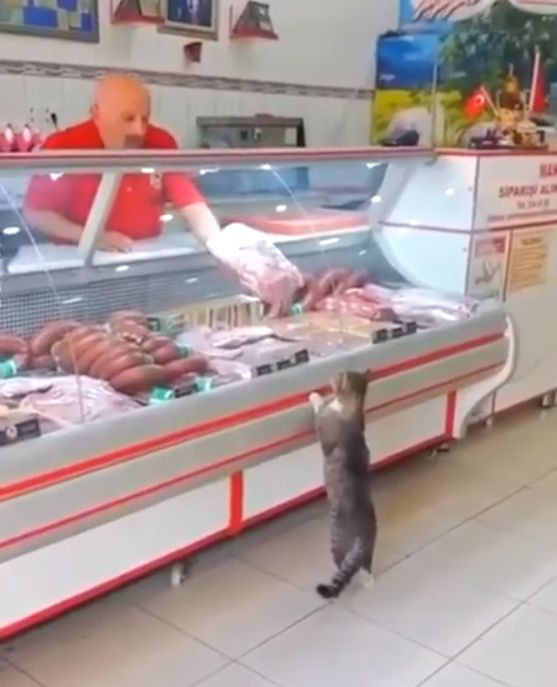 An amused customer had a good laugh over the cat’s antics but also loved that the shop owner was trying to indulge the animal even if it will surely not pay for the goods, anyway. The customer took a video which would later go viral.

Shared by Indomita, the video gained over 36k reactions from happy netizens who loved the interaction between the two. It is rather cute how the cat would refuse the items he didn’t like – and that the shop owner eventually picked out the one the cat liked and actually understood that this is the one the animal wanted! 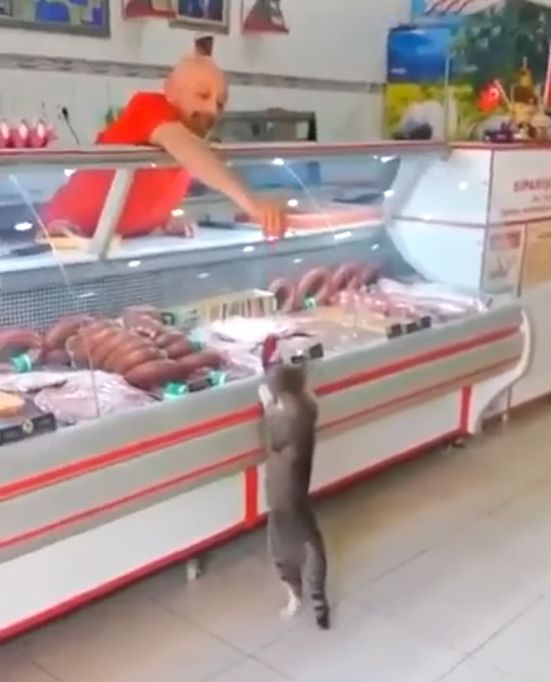 The shop owner cut a slice from the meat and handed it to the cat who quickly devoured the food. This is really so sweet. Check out their interaction in this video:

Please do you have some fish❓