A cat lover is spending thousands and travels miles to keep a rare cat breed alive – and she thinks it’s worth every single penny!

Heather McRae absolutely loves cats. That’s a fact. And if you don’t believe it, you would after learning that she actually spends thousands of dollars and spends many weeks traveling, just to make sure that a rare cat breed continues to live. That is truly impressive, right? It all started when Heather and her husband, Richard, bought an Asian cat back in 2008. They named the little black kitten as Annas. Despite already having other cats, including a Maine Coon, Devon Rex, and also rescue moggies, they liked the nice temperament of their little Asian cat best.

After learning that Asian cats are rare, Heather did not hesitate to travel far to keep the breed alive. She estimates that she would lose around $14,600 per year for trips abroad with Richard, just to breed Asian cats. 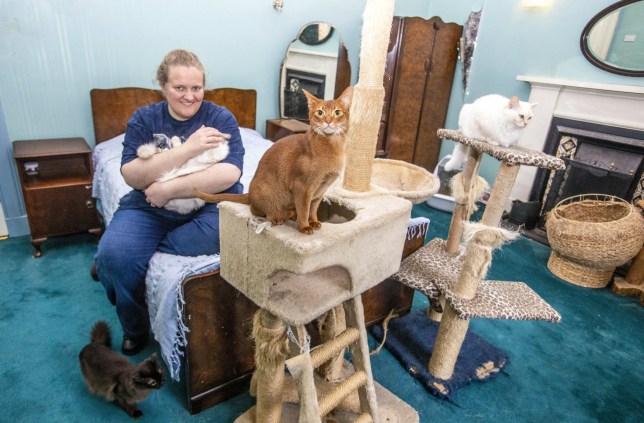 For example, there was a time when they drove from their home in Polmont, Falkirk in Scotland, all the way to Brussels, Belgium, slept on the airport floor with a kitten, before their flight to Milan, Italy. There, they were welcomed by other cat lovers who brought them to Switzerland. All for a cat. Wow.

“I like Asians because they look like cats, and some people say they have dog-like personalities because they’re so friendly and sociable. I don’t like cats with squashed faces or extremely pointy ears – I just want a cat that looks like a cat,” Heather explained.

“The Asian breed is our passion. People come to see us after visiting other breeders and they are shocked, but we are just normal breeders – the problem is the people they have seen before. Responsible breeders do not make money, they do it because they love the breed and they want it to survive.” Heather and Richard vowed to be ethical breeders.

“We had a lot of soul-searching before we started, and decided we would have to be very strict with ourselves – there have to be rules and parameters, and the outcross kittens have been rehomed. In older breeds, in-breeding is at about 20%, but in our cats it’s more like 5%,” Heather further explained. 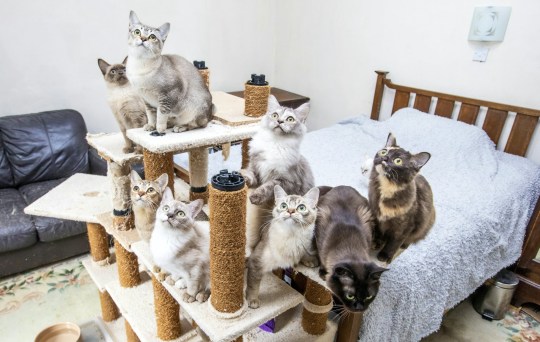 Just to prove they’re not in it for the money but more for the love of the breed, the couple sells cats at around $600 each but claims that if customers were to pay for the actual costs of breeding, they would have to shell out $1,100. But they sell for a big discount because they simply want others to also have this rare cat breed.