Cat with No Ears Abandoned by Owner, Finds Loving Home...

While many families got a pet during the lockdown so they can have adorable pets to take care of, others abandoned theirs for various reasons. Some think that the lockdown makes it harder for them to feed their pets because they probably lost their work while others did so because they can’t work from home with their ‘demanding’ pets around.

A tortoiseshell cat named Missy was dropped by its owner at Battersea Dogs & Cats Home in London, saying their circumstances have changed and they are no longer in a position to care for a cat at home. This was back in February 2020. 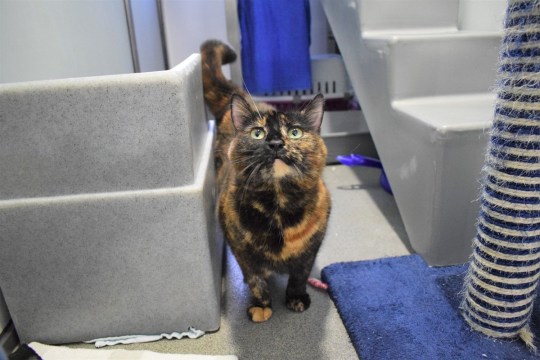 Understanding that the owner needed to do this, the Cattery Team at the charity center accepted the cat. They know that in time, Missy would find another loving home that can take care of her.

But the volunteers at the center noticed that Missy appears unhappy most of the time. While she appears to be missing her owners, they believe it was something else that’s making her uneasy. They often catch her shaking her head, as if she had a big problem or perhaps an itch on her head that she just can’t scratch. 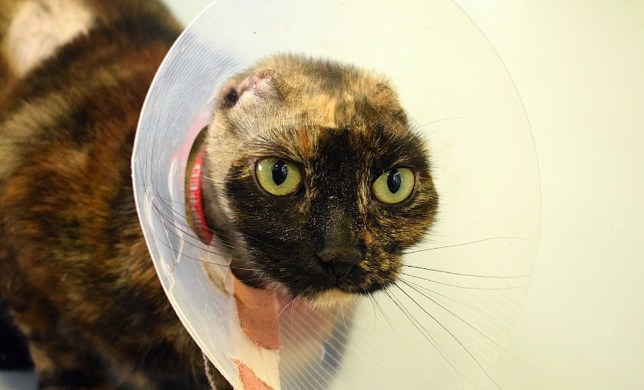 “Beautiful Missy is truly one of a kind. Although she may appear earless, she can still hear perfectly well and quickly became a much happier cat following her treatment,” explained Cattery Team Leader Michelle Henry-Clement.

“We’ve thoroughly enjoyed getting to know this sweet girl during her time with us, when we haven’t been cuddling or playing together with her favorite string toys, she’s kept us entertained with her funny, seal-like belly flops.” 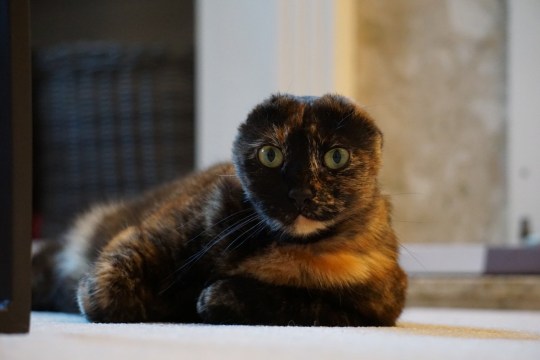 They were concerned that people might not like Missy now that has no ears but to their surprise, Missy was actually the first animal they were able to rehome amid the COVID-19 lockdown. Isn’t that wonderful?