Couple Rescues Kitten from Alley, It Wouldn’t Stop Giving Them...

When a couple rescued a kitten from the alley, it was out of pity. But the poor little thing was so grateful to be alive that it wouldn’t stop giving them cuddles! Isn’t that so cute?

Riley Tah and her partner were just walking at an alley near their home when they heard the loud cries of a kitten. They stayed for several minutes but the mother cat never came back. They believe that the kitten was left there by someone. 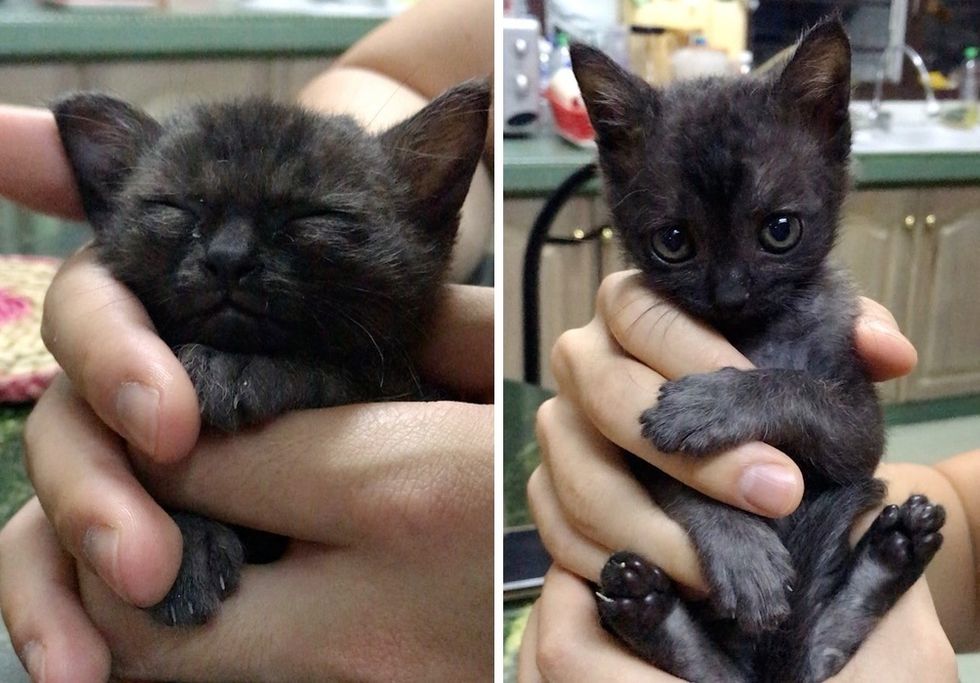 So, they brought the kitten home and bought some supplies.

“It was our first time taking care of such a tiny kitten. We got kitten milk replacer for her and learned so much in a short period of time,” Riley said.

They provided it with a comfortable bed and gave her a bottle of milk around the clock. They brought the kitten to the vet but were told not to get their hopes up because the kitten is so sick that it might not make it.

The couple was determined to care for the kitten and refused to give up! With the alley cat being black and having big, round eyes, they named him Toothless from “How to Train Your Dragon”. Soon, the cat would ask for cuddles and gives them hugs as they take it into their hands. It’s so small that it easily fits in a person’s hand!

Toothless was so affectionate and wouldn’t stop giving them cuddles. Even if it is drinking milk, it still asks for cuddles and wouldn’t let go.

“Toothless was such a strong baby. We grew very attached to her because she treated us like her parents,” Riley said. 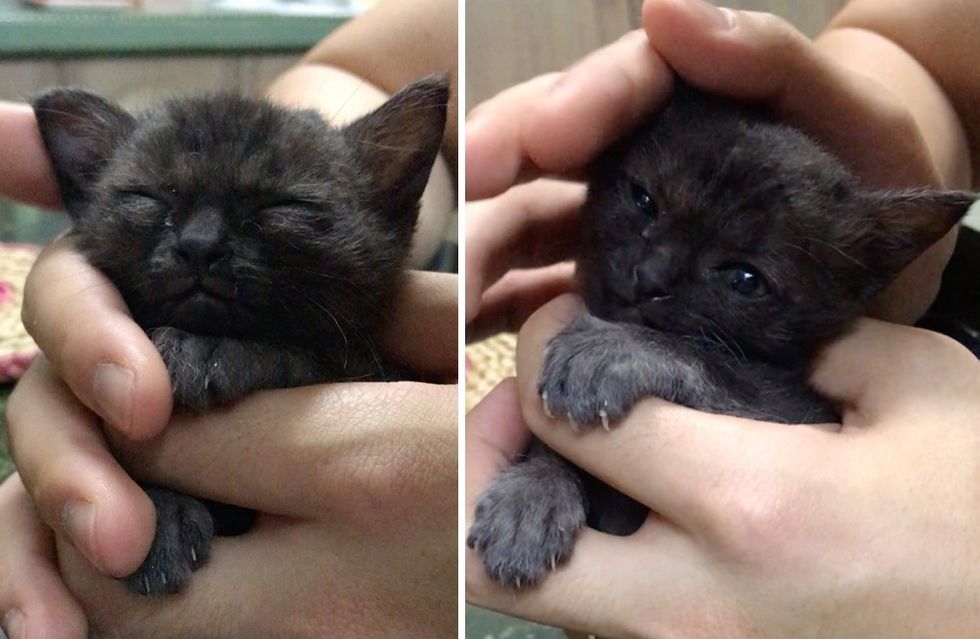 Though the couple bought a cat bed for Toothless, it remains largely unused because the kitten prefers to cuddle with them in bed. Watch this adorable kitten’s story here: