Kitten with Extra Toes has Strong Will, Finds the Perfect...

Tate is a kitten with extra toes, in a condition that is called polydactyly. While she was also born smaller than the other kittens in the litter, she has a strong will. In fact, she had such a strong will that though she struggled in the first few weeks, she never gave up.

She was rescued by a local shelter in Tinton Falls, New Jersey. The volunteers were surprised at how strong she latched on to the milk bottle. Although she is so small, they knew that she was going to survive. 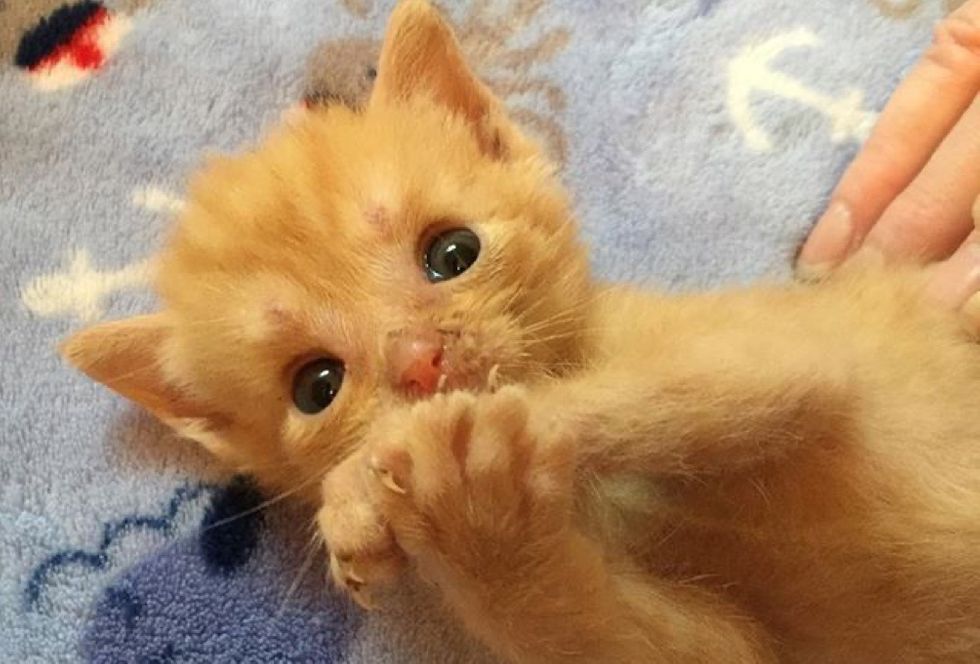 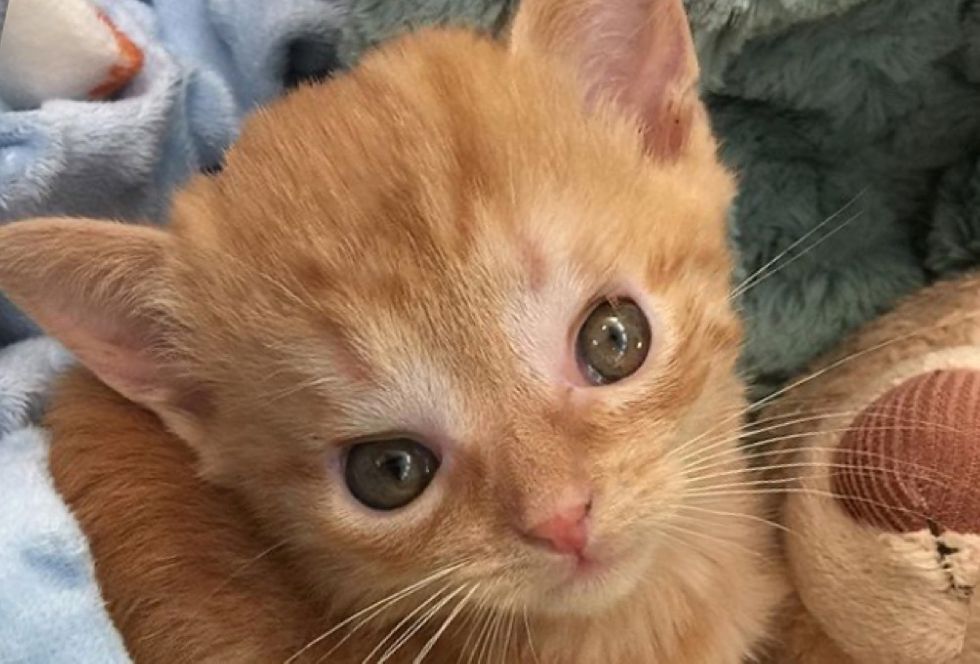 But her struggles weren’t over yet. Jen Mack, the founder of Kitkat Playroom an all-volunteer rescue group, was just scratching Tate’s head when she noticed a soft spot. They quickly brought her to Red Bank Veterinary Hospital where the vet confirmed that she has hydrocephalus.

At just 9 weeks old, Tate had to undergo life-saving brain surgery to insert an adjustable magnetic shunt to help drain the excess fluids. But Tate is a trooper! She made it through without complications and was eating like a champ right after surgery. What a brave kitty. 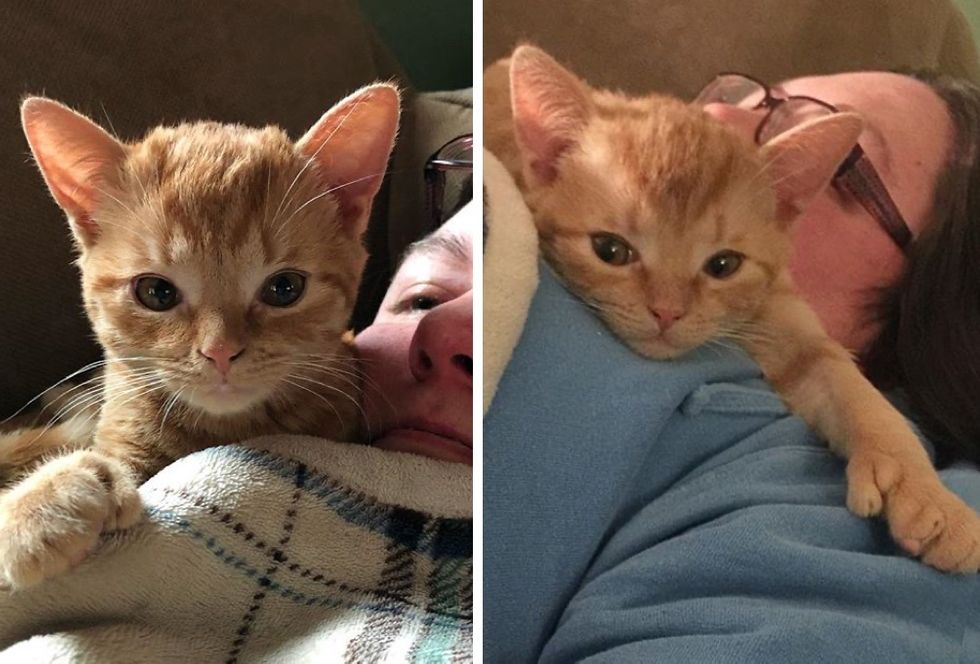 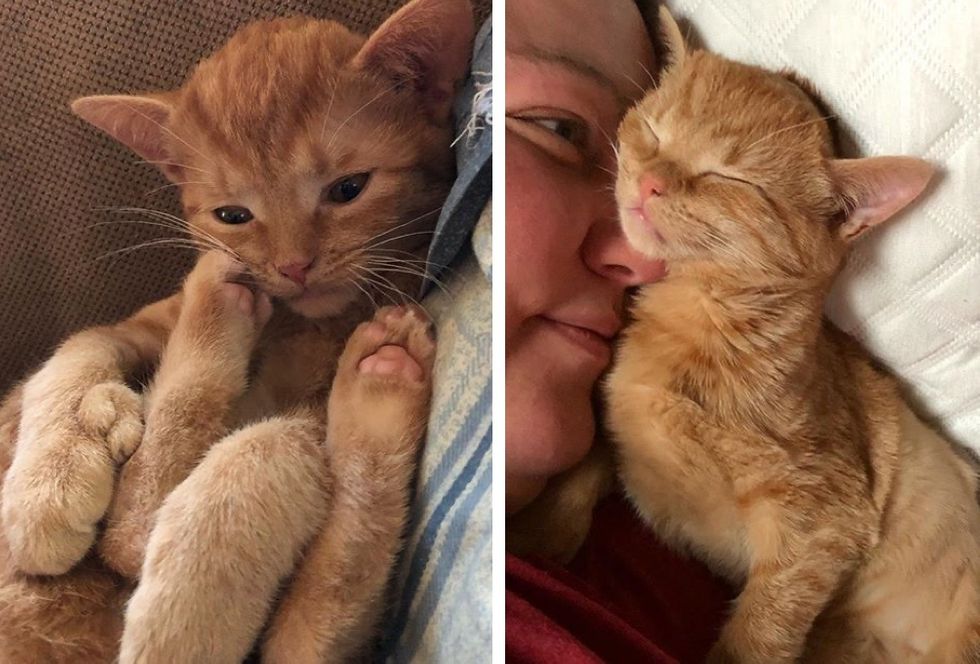 Perhaps due to the many challenges she experienced, Tate loves cuddles. Jen decided to adopt her – and she must have understood what that meant because she’s extra cuddly towards her human mom than the other volunteers at the shelter.

“My morning began early to the sounds of her meowing for me to wake up. My night ended much the same way, with her snuggled under the covers with me,” Jen narrated. Born with a number of medical conditions, Tate struggled through the first year of her life. But this kitty truly has a strong will because she managed to make it through each scare. She wobbles around Jen’s house, knowing that this is also her home. “If I’m busy, she gets upset until I sit down, so she can take her nap with me. She acts like any other kitten her age except for some depth perception oddities, which just make her extra silly,” Jen shared. 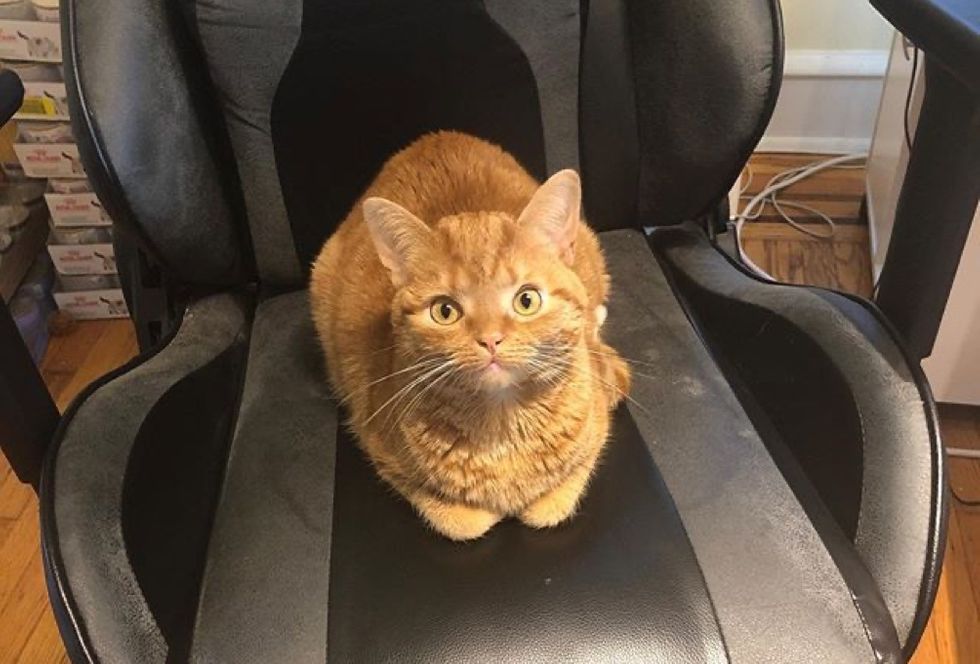 Tate would give Jen cuddles even when she is busy on her computer. She really loves cuddles! Now that she’s over 2 years old, Tate is considered an adult – and she loves ‘mothering’ the foster kittens that Jen brings home from the shelter from time to time. It’s as if she understands these babies and knew how it feels to feel right at home in this warm place…