Photos of Adorable Cat, ‘Proof’ that Taylor Swift is in...

Taylor Swift might be so vocal about her boyfriends and her feelings in the songs she’s released over the years, she’s keeping things really, really private with her current beau, Joe Alwyn. But photos of an adorable cat posted multiple times by Joe is being touted by eagle-eyed fans as ‘proof’ that the two are in quarantine together! Awwww. Sweet…

But this is not a gossip site, of course. LOL. So, we’re really focusing on Benjamin Button, Taylor’s adorable blue-eyed cat. 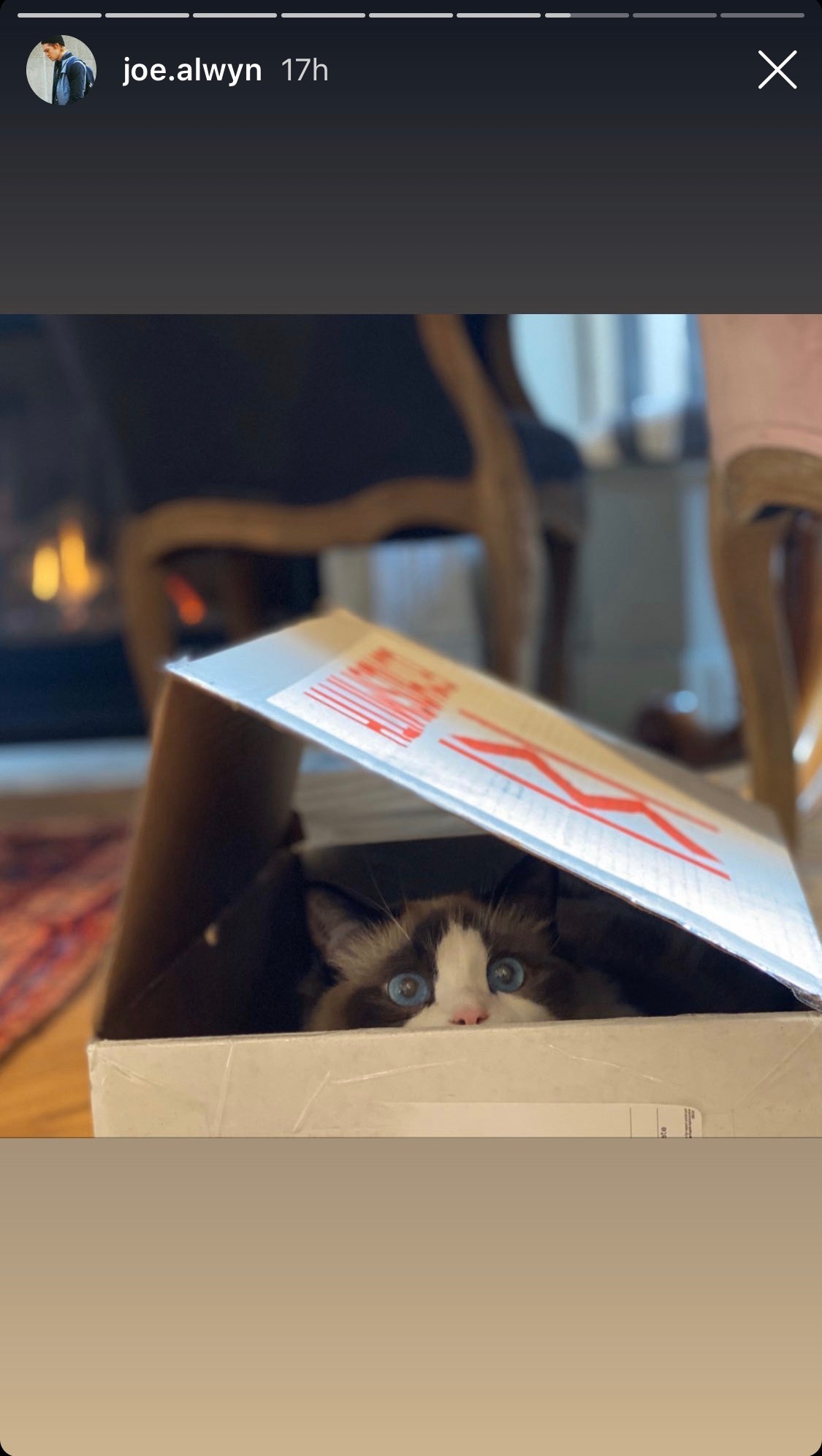 Amid being in isolation, the 29-year-old British actor shared three photos of a cat to his Instagram stories on April 29. There wasn’t really much on the caption side and the pictures were included in a series of pictures that Joe shared. But eagle-eyed fans easily recognized the cat as Benjamin!

The cat appears to be playing a game of hide-and-seek with Joe, getting inside a box, a paper bag, and the carpet! Again, Taylor fans pointed out that the carpet pattern looks so much like the one in Taylor’s living room. He didn’t write a word about it, but fans are pretty sure he and Taylor are in quarantine together. 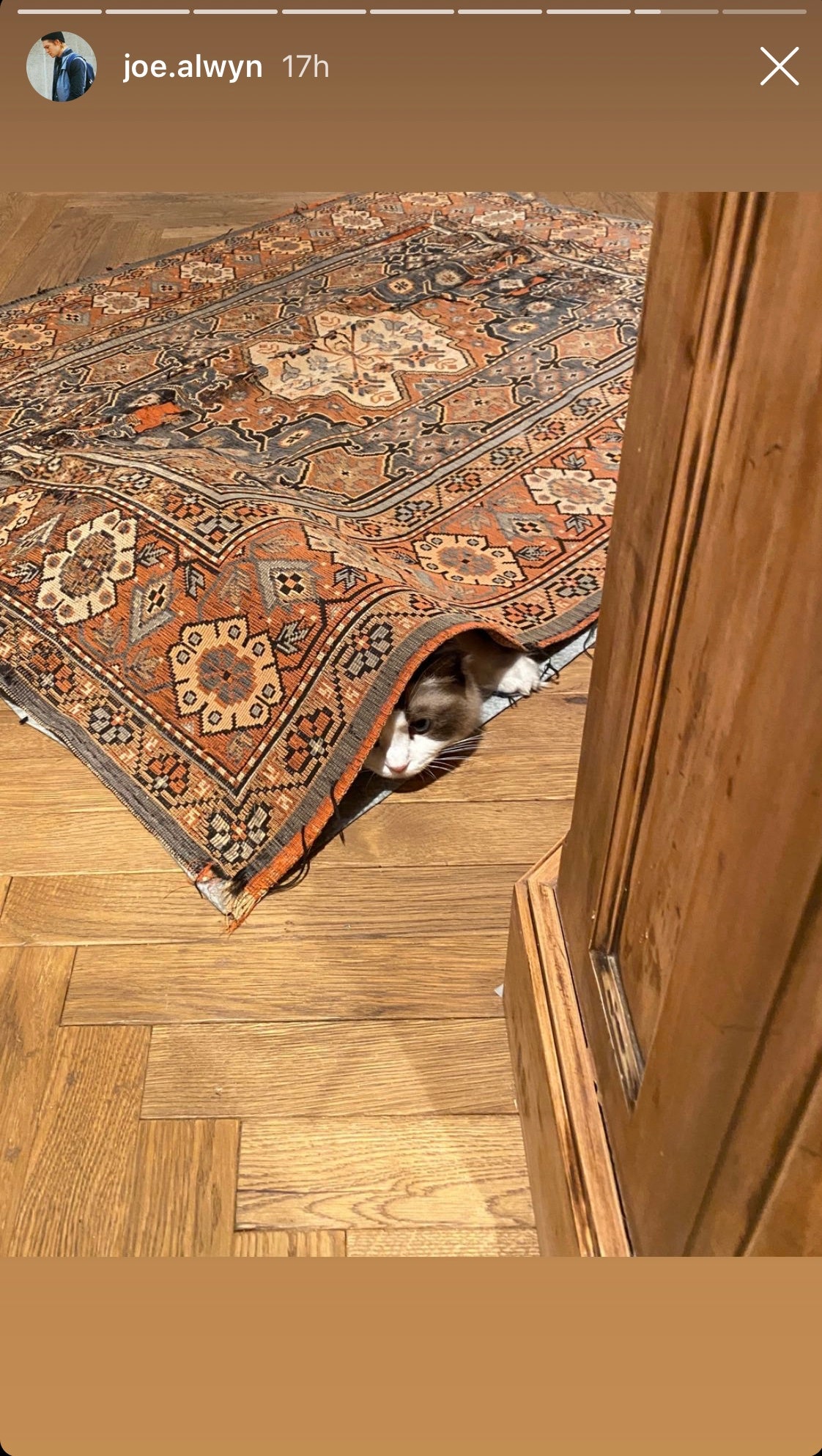 Of course, there’s nothing wrong with two healthy, consenting adults living together but fans are freaking out because Taylor and Joe have been really private about their relationship. Swifties are actually hoping this is a sign that the two might be settling down in some near future. Some cute little Taylors and Joes coming out of quarantine? LOL. All because of three photos of a cat!

You’ve got to admit that Benjamin is too adorable not to finally make it to Joe’s social media page, anyway. Even Taylor had fallen in love with this adorable cat at first sight, while filming a music video with Brendon Urie.

“He was just a cute kitten who didn’t have a home,” Taylor explained in April last year.

The cat had come from a program where animals were put in commercials, videos, and stuff in hopes of them getting adopted. Someone asked if Taylor could do that, but instead of just posing with the kitten, Taylor brought him home! 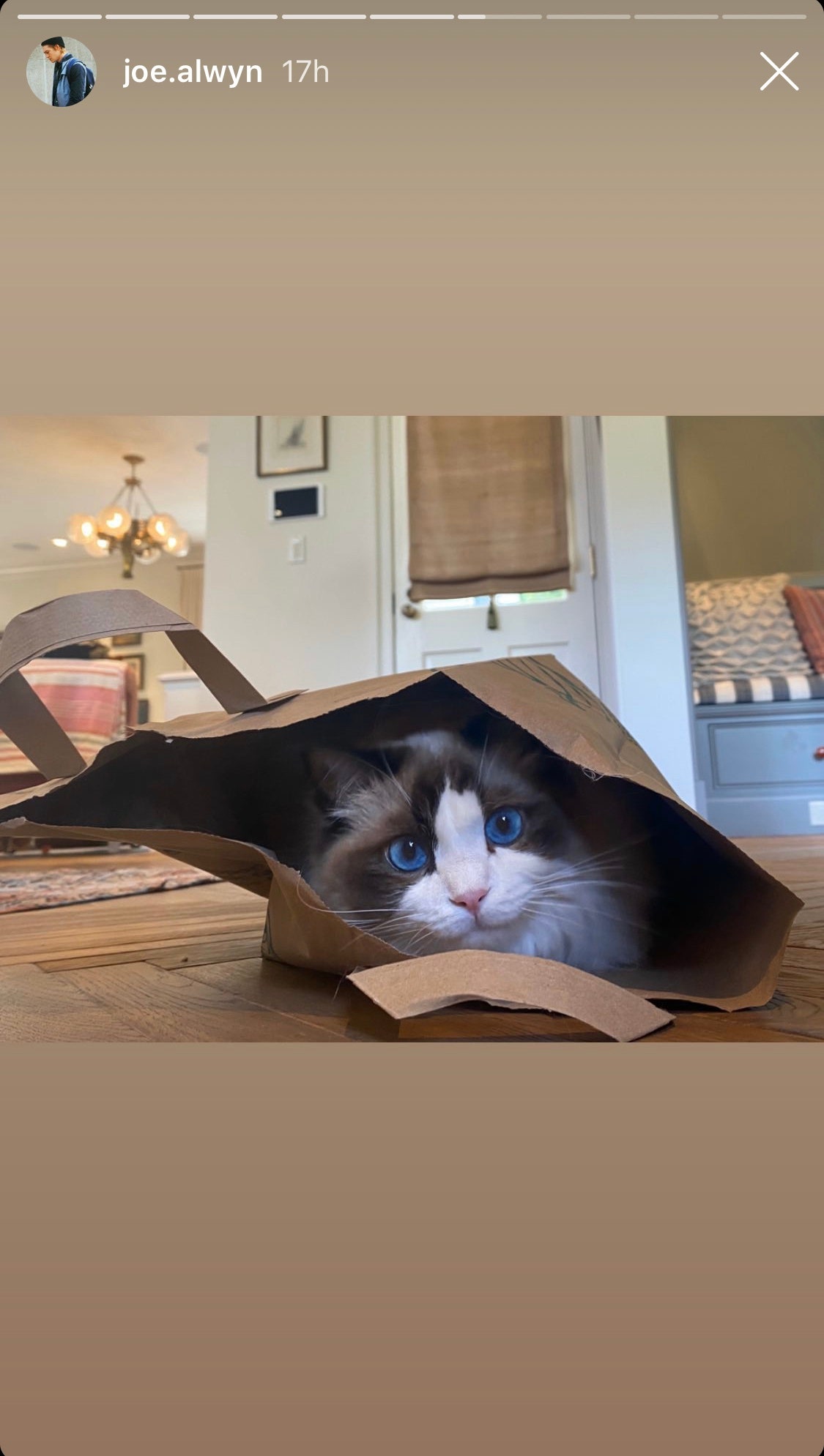 With a cat as adorable as Benjamin, who can resist, anyway?